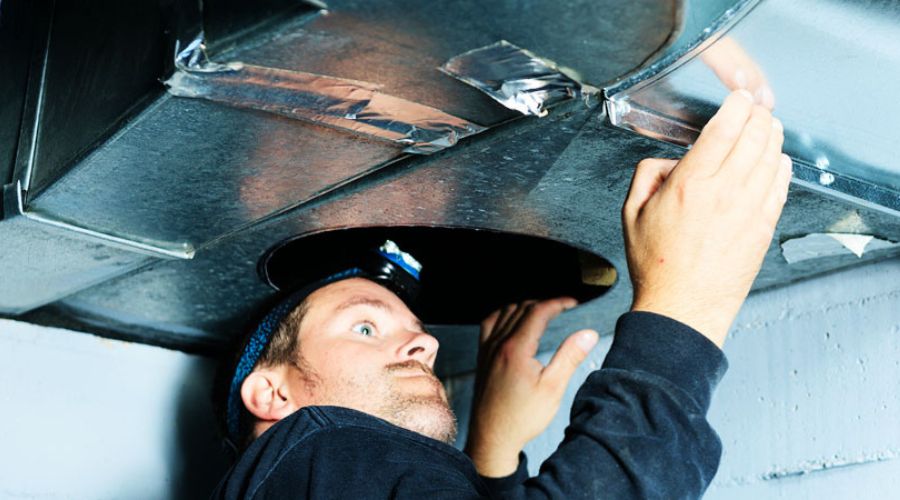 Most people probably don’t give a lot of thought to the air ducts in their homes. After all, they’re designed to be out of sight and out of mind. But when they get damaged or spring a leak, it can cause some major problems that are hard to ignore, affecting everything from system performance and energy efficiency to indoor air quality and comfort levels. That’s why it’s so important to address problems with the ductwork as soon as possible. So this article will discuss a few signs that air ducts might be damaged and what repairing or replacing them entails. 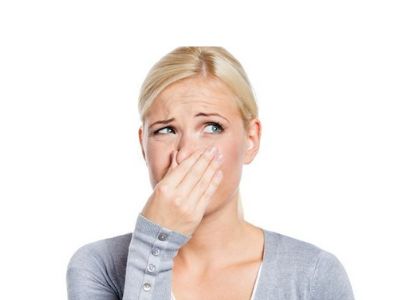 Since air ducts are generally tucked away in crawl spaces or attics, damaged ductwork is usually easier to detect by observing the symptoms rather than examining the ducts themselves. There are a few different symptoms to watch out for.

Poor airflow may indicate a leak, obstruction, or crushed section in the ducts. Similarly, hot or cold spots throughout the house or rooms with drastically different temperatures often indicate damaged or leaky ducts. Noises like rattling or whistling often accompany duct damage, as loose joints vibrate or air escapes through gaps. Strange odors from the air vents can point to leaks, mold growth, or rodent infestation in the ductwork. Unexpected increases in the electric bill might reflect the loss of energy efficiency caused by duct damage.

Benefits of Replacing the Air Ducts 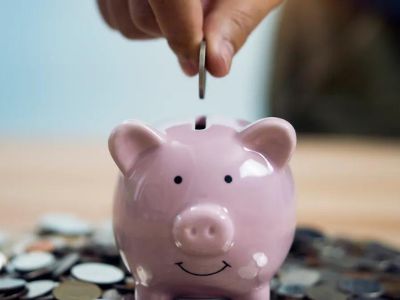 If the ducts are old (15 years+) or falling apart, the homeowners will likely be better off replacing them entirely rather than repairing them. Old, outdated air ducts may also be incorrectly sized for today’s HVAC systems - this is a fairly common issue when replacing an AC unit or furnace in an older home.

Homeowners can benefit from air duct replacement in many ways. They will likely notice a significant performance increase as air circulates more effectively, without losing much of its coolness (or heat in the winter). This will also translate to greater energy efficiency, which in turn will make for lower utility bills. New ducts can also help reduce the noise level of the HVAC system in the home.

If an all-out air duct replacement isn’t necessary (if there are only a few small leaks in the system and the ductwork isn’t old enough to justify replacing), then duct repair is a viable option to seal leaks.

HVAC professionals typically use one of three methods (or a combination of them) to repair leaky air ducts - metallic tape, mastic sealant, or Aeroseal. Metallic tape is just what it sounds like - heavy-duty foil tape designed to stand heat and pressure, which is applied over the leak to form a seal. Mastic sealant is a kind of epoxy that is pasted over gaps or connections, forming a durable airtight seal once it hardens. Aeroseal is an aerosol-based sealant sprayed into the duct system to seal leaks from the inside.

The method used depends on the type of ductwork and the nature of the damage. The homeowners can do some, but for best results and to ensure that every leak is sealed, it’s best to call a professional to perform the duct repairs.

About Easco Air Conditioning and Heating

The family-owned Easco Air Conditioning and Heating has served The Woodlands with pride since 1983. Their trustworthy licensed experts always arrive in fully-stocked trucks and keep the customer in the loop every step, so they can return to their normal routine quickly and without surprises. Call them today for air duct repair in The Woodlands, TX!

How Can We Help You?
Our Testimonials

"Easco Air Conditioning and Heating was very helpful to our Church, Greater Robinson Memorial Church of God In Christ, Huntsville, TX. as the A/C went out and caused some uncomfortable conditions... Debbie, the Service Manager, was very cordial and helpful, and addressed every issue and concern we had. The Technicians were friendly and delivered the service they promised. Thanks to an "Honest" company like Easco for being there when we needed them!!"

"EASCO sent Caleb and his crew out to install a new Lennox system and everything turned out A+. Ive used EASCO several times and its always the same.....great service. I will not hesitate to tell people if they need air or heat they should use EASCO. All I can say is THANK YOU again!"

"I called Easco at 10PM on a Saturday and was amazed when I actually got an answer and they actually provided 24 hour service! John made it to my house around 1AM and tried to fix my AC but it was shot - early the next day he returned and loaned me a window unit so that I could comfortably stay in my house until the replacement equipment arrived... I am thoroughly impressed by Easco and the customer service was stellar - my house is very cool and I am a happy customer!!"

"Doug has taken care of our units for years. He has always been fair and honest with us and that is why with stay with EASCO. He is polite, considerate and professional. He keeps us well educated and advised on our units. Doug is an asset to your business! "

- Douglas F.
Over 30 Years Expertise
With over 30 years in the heating and cooling industry, we provide trusted service that area residents know they can count on for all of their HVAC needs.
24/7 Emergency Service
When the unexpected happens, we’re here for you to answer your call 24 hours a day 7 days a week and get your heating or AC back up and running in no time.
Reliable Technicians
Your time is important and we won’t waste it by showing up late. Expect your technician to arrive on time and work quickly and accurately to restore your home or business to its safe, comfortable state.
Honest Recommendations
As a family owned and operated company, you can trust that we’ll provide you with the same honest service we would for our own families. No pricey upsells, just honest service.
CALL 936-539-2653
Speak with our helpful customer service reps
SCHEDULE ONLINE
Book your online appointment today
SCHEDULE SERVICE